As it’s my first post I thought I’d quickly mention why I became involved with EduCrate. I really believe in the core idea of helping prevent educational waste in the UK and in helping under-funded schools around the world make use of these resources. I also joined because of the inspiring passion and enthusiasm of the other trustees and of the founder, Jemma Shepard. My background is in sports and the arts, and my aim is to help diversify both how we fundraise and what we can offer to our overseas schools. This means hosting active and engaging events, such as football tournaments and sports days that will both make money and spread our message to a broader audience. It also means trying to include a wide variety of different educational resources in the crates we send out, such as sports equipment and playing kit.

Sunday the 7th February ended a momentous weekend in worldwide sport: Leicester won emphatically at the Ethihad to stake a real claim on the 2016 Premier League title; The 50th incarnation of the Superbowl was watched by 112 Million global viewers; and of course, EduCrate hosted its first 5-a-side football charity fundraiser.

The tournament was attended by 10 teams and made a total profit of £340 for the charity. We owe a big thank you to Luke Terrill and Simon Tunley of Sussex Sport for helping make this happen. We also want to thank the staff of Falmer Sports Complex for their friendliness and help on the day, and for the use of their brand spanking new 3G pitches.

We would also like to thank The Victory Inn for supplying us with a crate of Kronenburg, which was graciously won by Red Eye Jedi. Entering the tournament at the very last minute and turning up late didn’t stop the Jedi’s making light work of the competition, conceding only one goal throughout the whole day. Their professionalism could not be faulted when it came to kit however, although if they take their power from their smart uniform yellow this did not help the equally well-clad teachers of the Longhill School Staff team, who finished second from last after a spirited 9v10 (‘Loserbowl’) game against a team of Sussex Ultimate Frisbee Freshers, El Shaarawys.

There was a free geography lesson given by Barai FC, the Malaysian All Star team, proving that Malaysia must be a prettttty small place.

An exciting semi-final between office based team DC’s Stormers and another group of 5-a-side rounders, Grown Ass Men (Ironically named in their fresh faced youth), ended with a dramatic penalty shoot out that was only settled when the keepers stepped up to finish things, Will Hammond the baby face hero of that game.

It was also a grown ass man who scored Goal of the tournament with a peach of a volley, that gave the Frisbee Fairies keeper, Joe Butler, little chance of even seeing let alone saving the ball! Meanwhile ‘shorts of the tournament’ were unanimously awarded to the pink articles sported by the man-giant and title player from J-Feels and the Easy Pleasers. Finally an honorable mention goes to the Couchsurfers, the only team to score (with a stunning solo effort!) against the eventual winners, Red Eye Jedi.

Along with their beer, the Jedi’s took home the superb home-made trophy (courtesy of some Age UK tatt and my box of paints), seemingly confident in their ability to defend their title at our next tournament, on Sunday 3rd April.

After feedback regarding Sunday morning hangovers we have courteously booked the pitches a little later for April, and with an extended time of 12:00 – 17:00, we hope to expand the tournament to 12 teams. And while we won’t have the loud and bemusing spectacle of two university American football teams battling it out behind our pitches, we will have proper referees this time. As ever prizes will be supplied by a local bar or booze merchant, while the trophy will be home made but glorious.

Sign up here for the 2nd Edition of the EduCup, April 3rd 12:00 at the Falmer Sports Complex!

J-Feels and the Easy Pleasers

The Malaysian All Stars 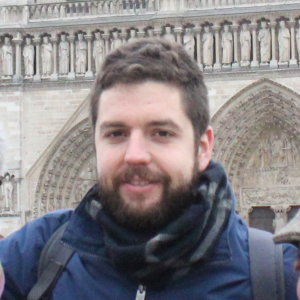 View all posts by Will Foster →